Anyone who knows me knows I think MySims is the bee's knees. I think MySims is ready for a revival. Electronic Arts may not agree. However, that's hardly stopping me in my search for something that comes close to the irreverent business of the series of Sims spinoffs.

Moonglow Bay is that something.

Check out the trailer here!

From the frankly fabulously named studio Bunnyhug, the game starts asking who you are, what your name is, who your partner is from flicking through a collection of polaroids, and what both of your pronouns are. I chose Robin for his cool swooshy haircut and '80s sitcom dad style. The next scene is my character and Robin together on their fishing boat, with Robin giving me a tutorial on how to fish. However, as a strange shadow surges under the boat and scares the beachgoers, Robin shakes their head at the town's suspicions of a terrible monster lurking in the briny blue. All will be well - it's me and him against the world, with 40 years of marriage under our belt, ready to leap into everything that Moonglow Bay holds for us. 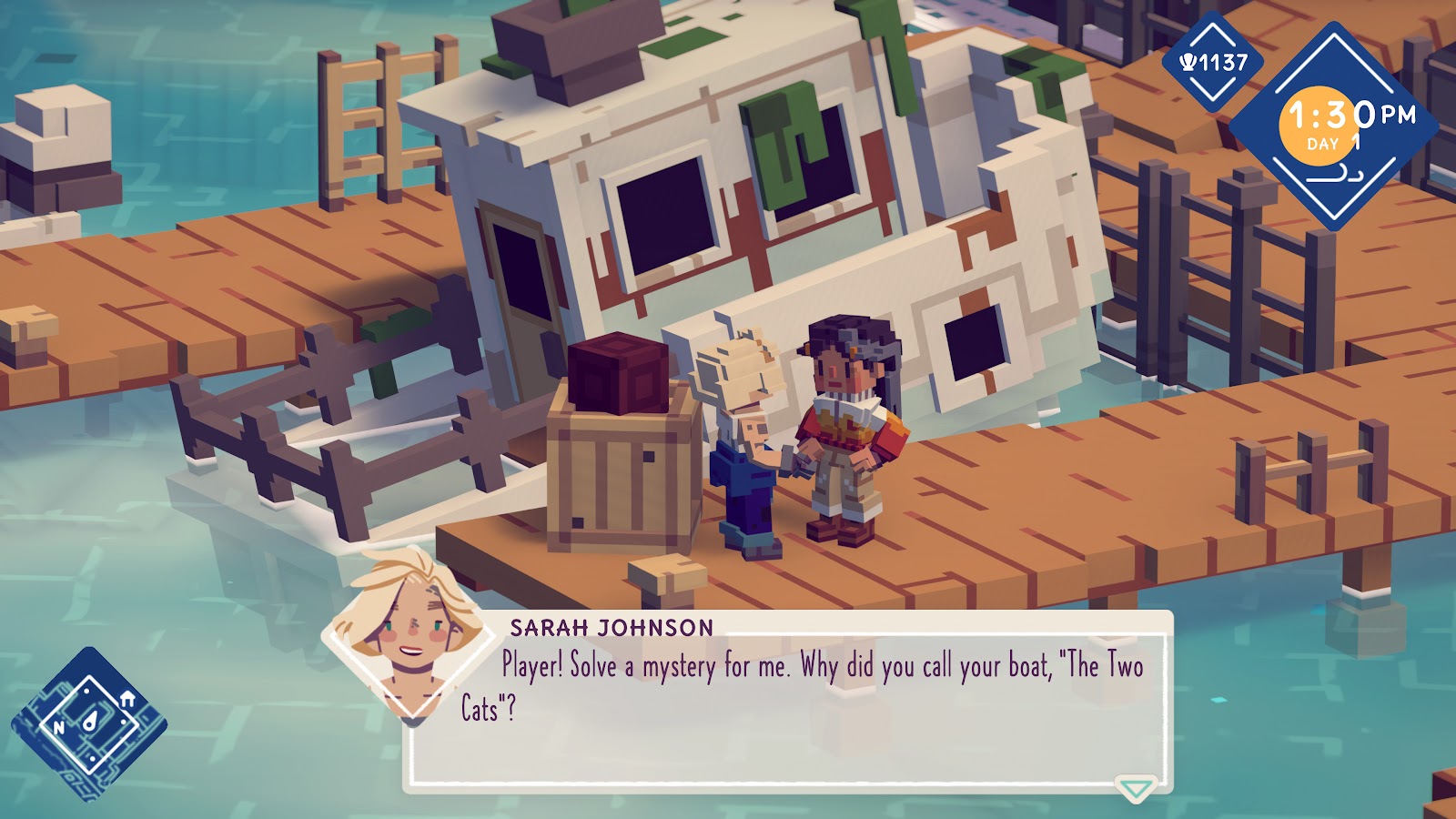 Three years pass and my character wakes up alone, touching a polaroid photo of Robin as our dog Waffle whines in sympathy. You see, Robin went missing after an ill-fated fishing trip into the bay, and the character is in the depths of their depression when they receive a visit from their daughter, River. She encourages us to throw open the curtains, tidy the miscellanea that's accumulated over the years, and pick up the business that Robin and I were going to start together.

Though its pleasingly soft colour palettes might suggest otherwise, Moonglow Bay is a sad game. The town is crumbling following the collapse of the fishing industry and the beaches are studded with rubbish. In spite of this, the inhabitants (with their incredibly punny names) are thrilled to support the character in their journey out of mourning. 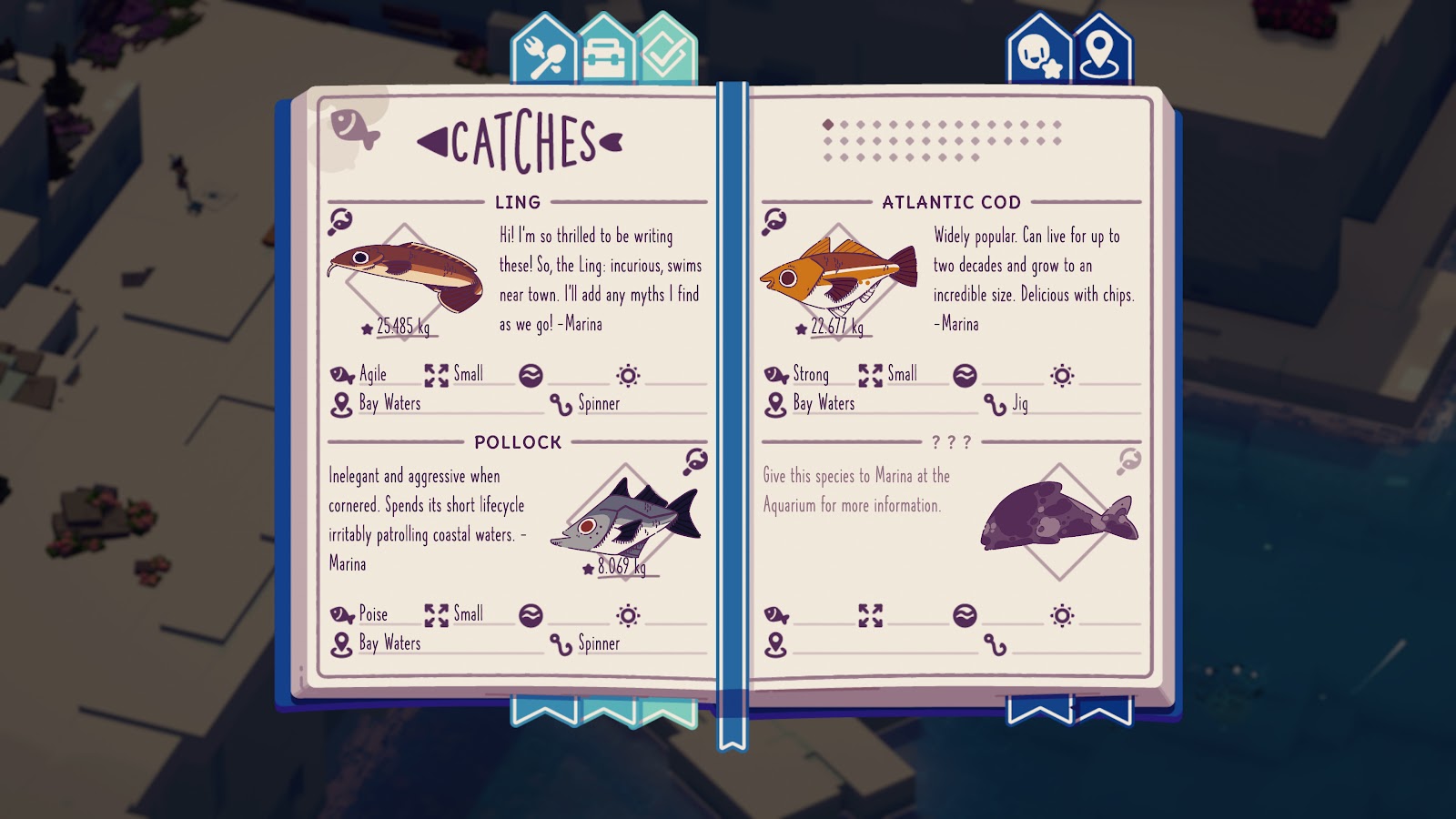 As well as an enjoyable story, players of Moonglow Bay will work to get their business off the ground. You'll journey out onto the sea with various different types of lures and rods to catch various different types of fish. You can either sell these fish, or cook them into delectable dishes which rise and fall in value dependent on the town's demand. These changes in prices are found on the town's noticeboard along with a handful of other side quests that can be completed to earn some extra cash. This isn't too difficult of a system to grasp so I definitely recommend this game for children in the latter half of primary school or start of secondary school. Plus, there's a co-op mode for double the grind for the rarest fish and major monetary gains. 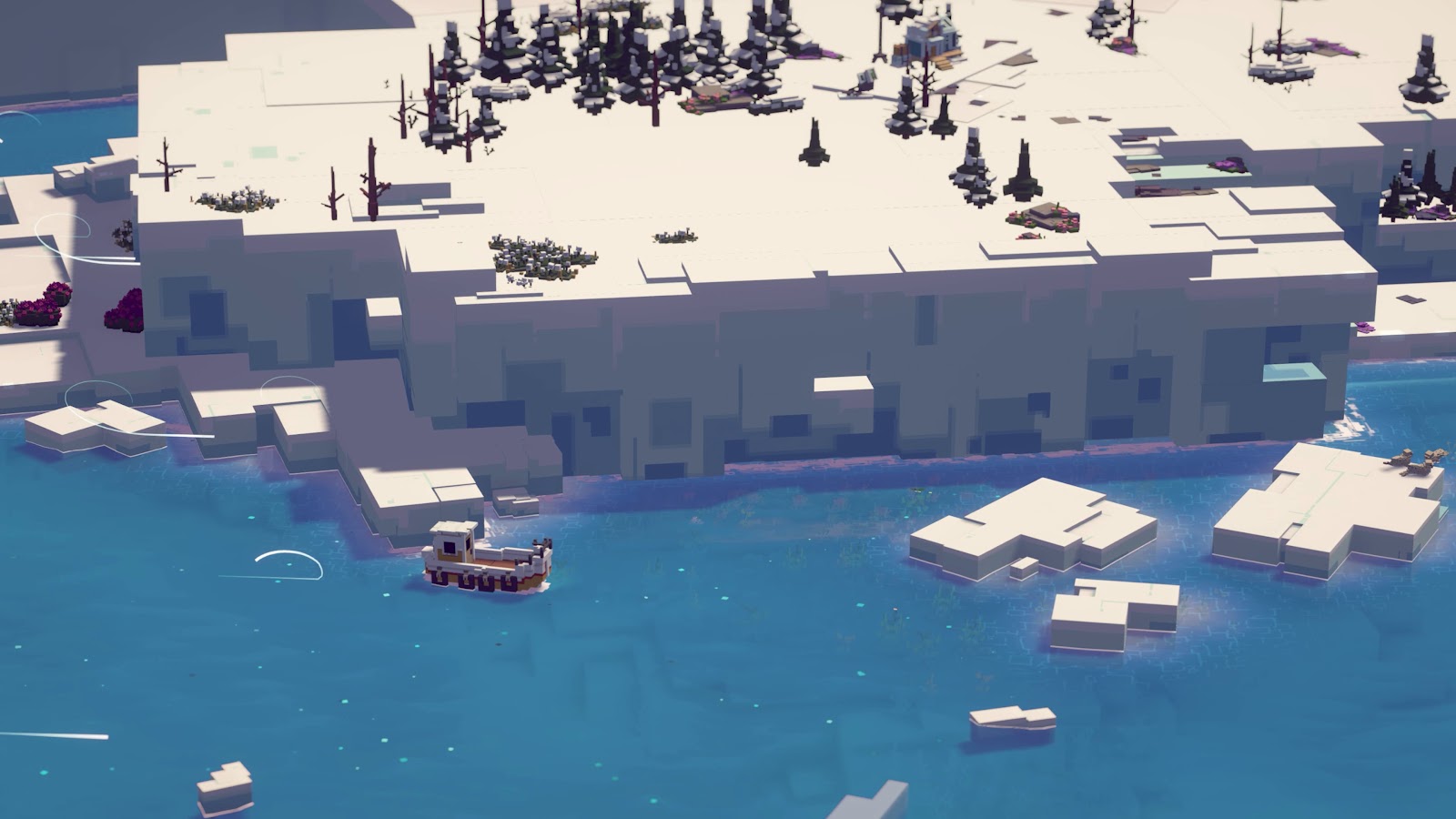 MySims had a cast of colourful characters with the perfect level awareness to lean on the fourth wall on occasion, as well as sparkly rewards for bringing the town back to its former glory. Moonglow Bay scratches that same itch for a fixer upper where the stakes are low but the tides are high. I'm not the kind of girl who gives up just like that in my hopes for MySims, but Moonglow Bay is what I’ve been waiting for and that’s why it’s my surprising standout game of 2021.

'Prey' Is Now The Best Reviewed Predator Movie Of All Time

5 hours ago
Call Of Duty