Activision has finally unveiled the 2020 instalment of the Call of Duty franchise during an in-game event in Verdansk.

Titled Call of Duty: Black Ops Cold War, the upcoming game is a direct sequel to the original Black Ops title, released in 2010. With both Treyarch and Raven firmly at the helm, you might already have an idea of the Cold War shenanigans they have in store for us this year.

This isn't the first time the two studios have worked together on a title, having first collaborated on the original Black Ops. It's safe to say Treyarch and Raven are heading back to their roots, to expand on a story which has been a decade in the making.

If there was one thing really missing from Treyarch's last title, Black Ops 4, it was a single-player campaign. But story fans will be glad to know that Cold War will feature a dark and shadowy adventure with all the era-relevant trimmings.

Call of Duty: Black Ops Cold War is set in the early 1980s, a time when two superpowers were locked in a nuclear arms race, conspiracy about presidential elections were rampant, and the whole world was living in the shadow of a potential World War 3. Treyarch promises a pure Black Ops experience, which sees you follow the trail of a mysterious figure named Perseus, who's on a mission to destabilise the global balance of power, and change the course of history.

The game takes you on a globetrotting battle in which players will come face-to-face with historical figures. While the original Black Ops featured the likes of Fidel Castro, Richard Nixon and John F. Kennedy, Black Ops Cold War has its own politically star-studded cast. As seen in the debut trailer, KGB informant and defector, Yuri Bezmenov, sends the world a chilling message about active measures; and more recently, in the reveal trailer, the 40th president of the United States Ronald Reagan makes an appearance.

Call of Duty: Black Ops Cold War doesn't just include political faces - it also has some familiar characters that fans of the series already know and love. As the game is a direct sequel to the 2010 instalment, Black Ops favourites Woods, Hudson and Mason all make a return. It also introduces brand new characters into the mix, such as Russell Adler, who is a mysterious CIA operative. Alongside him you'll also meet Helen Park and Lauren Sims, the latter of whom is a tech genius and problem solver. 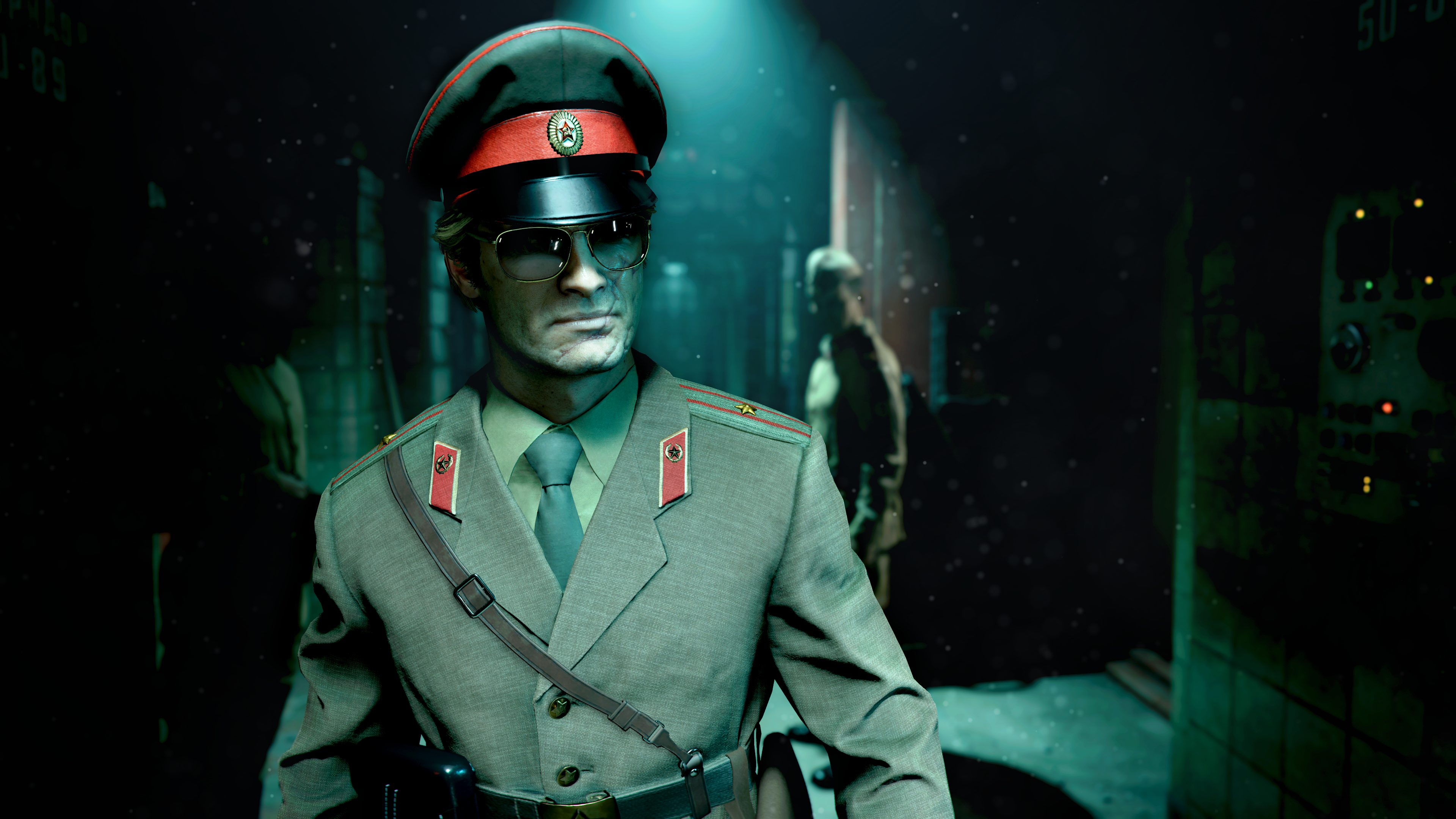 The upcoming instalment promises a world-spanning adventure, with a mixture of high action and covert operations that fans have come to expect from the Black Ops series. The story takes players to East Berlin, Vietnam, Turkey, Soviet-era Moscow and more. The experience is infused with player choice and freedom, which in turn shapes the story and its ending. Players will be able to create a character, name them and select their gender - or leave it classified, and the game will treat it as gender neutral and change the in-game voice over to reflect that. Cold War takes player choice to a whole new level for the series, and really lets you own the character you are playing - it allows you to shape the story through dialogue options presented throughout, resulting in an ending which reflects the choices you've made.

Call of Duty: Black Ops Cold War will release on PS4, Xbox One and PC starting November 13th, and on PlayStation 5 and Xbox Series X in Holiday 2020 subject to those consoles' release dates.

a day ago
Batman

a day ago
DC

2 days ago
TV And Film

Bam Margera Speaks Out About His Addictions And 'Jackass 4' Firing